In many cases, adjoining property owners are uncertain as to where boundary lines actually run. Even when land deeds contain legal descriptions of the property named therein, the difficulty of discerning ambiguous descriptions and discrepancies in interpretation can often generate disputes between landowners. However, when one or both landowners want to sell their property or build a fence or structure close to the line, establishing a clear boundary can be important.

The creation and interpretation of boundary lines is essentially a matter of state law. Thus, the specific laws governing boundary disputes may vary significantly from state to state. In spite of such jurisdictional variations, there are several general methods landowners may use to set property boundaries, including:

Having property surveyed by a professional land surveyor is one way adjoining property owners can define boundary lines. Surveyors assess a landowner’s entire property to verify boundary lines, and give the owner(s) a copy of the Surveyor’s Real Property Report outlining the boundary lines of the property. Generally, a surveyor will also mark the boundaries with official markers, such as stones, fences, and by blazing trees. “Blazes” are usually square sections cut out of the bark of healthy trees down to the live wood, and then painted for easier identification. Although expensive, a property survey by a professional, licensed surveyor is usually helpful and determinative in any legal action.

Perhaps the friendliest and least expensive way to set property boundaries is by owners’ agreement, whereby two adjoining landowners interpret the ambiguous property descriptions in their deeds and come to an agreement on the location of a new boundary line. Thereafter, neighbors will usually memorialize their boundary agreement by marking it upon the ground with such instruments as stones and/or fences. Although the requirements may vary by state, neighbors must typically satisfy some form of the following conditions in order for an owners’ agreement to be legally binding upon them and future owners of the affected properties:

Although most jurisdictions do not require that an owners’ agreement be in writing to be legally enforceable, a written agreement that is recorded in the public land records may prevent conflict and confusion later, in case either of the neighbors dies or decides to sell their property. Therefore, neighbors wishing to set property boundaries with an owners’ agreement should consider putting the agreement in writing.

One type of written agreement that can create a binding and enforceable boundary line is a quitclaim deed. In general, a deed transfers property from one owner to another. Most deeds contain a written description of the property being conveyed, are signed and witnessed, and are delivered from one owner to the other on the date of closing. The quitclaim deed is a common type of deed, in which an owner transfers any rights he holds on the property to another owner.

When adjoining landowners cannot agree on a clear boundary line, one of the neighbors can file a lawsuit to “quiet title.” In this type of lawsuit, a judge will decide on the new boundary and enter an order that is conclusive and binding as to both the current landowners and all future owners. However, a “quiet title” action can be an expensive method of setting property boundaries. In addition to the filing fees and the costs of hiring an attorney associated with a “quiet title” lawsuit, the judge might also require a survey to be done in order to facilitate his determination.

An examination of case law on the topic of boundary disputes can illustrate how the various boundary dispute doctrines might interrelate. For example, in a 1994 quiet title action between two adjoining landowners, a California Appellate Court held that an owners’ agreement does not prevail over an accurate survey in setting boundary lines, where the agreement did not arise out of uncertainty as to where the true boundary lines ran.

In that case, the owners of a subdivided lot defended their rightful ownership in a particular strip of land under California’s “agreed boundary” doctrine, asserting that, despite the accuracy of an inconsistent survey, the long-term acceptance of a fence by the original owners of the adjoining parcels set the actual boundary lines. However, the court held that the “agreed boundary” doctrine could not apply, because there was no evidence to suggest that the original owners of the subdivided lot erected the fence to resolve an uncertainty as to the location of the property boundary. Therefore, the court relied on the terms of the survey as the proper authority for setting the true boundary lines in the case. 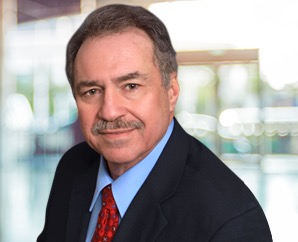